When we taught this Tarot course for the first time, students that had struggled to memorize the vast amount of cards, suddenly could understand them way better.

It was as if a switch had been turned on, and at that moment they could understand a foreign language, because learning to read Tarot Cards is a little bit like learning a new language.

But after our students had learned our system, soon they were doing Tarot readings at parties, or at home, for friends and clients.

There are 26 letters in the English alphabet, and Tarot has 78 cards.

The cards laid out on the table is like a sentence, yet there is so much more than that. In truth, the Tarot sentence, so to speak, requires translation through interpretation, which means that sentence could mean many different things.

In this way, Tarot is much more complex than the English language.

That's why we’ve got an unusual Tarot course that’s going to show you an easier way
of learning Tarot quickly and thoroughly, so you will remember, after some practise, the meaning of the cards almost instantly!

This course is for beginners, and  everyone, who already has some experiences with these cards.

The Art of Easy Tarot Card Reading will get you started doing a tarot reading in a very short time.

In this course we look at the cards from different angles. We use storytelling, and a system built on numbers, like numerology, from 1 to 10, combined with simple hints, and tricks.

But most importantly, you will learn how to connect to the cards intuitively to receive unique information during a reading.

We will guide you throughout the course in a simple way so that you will understand the Tarot cards, without learning each card on its own.

This course is a very practical course, based on videos, audios, text and handouts. Lessons are bite sized, no padding, no endless history, and lectures. We go straight to the point, and you get to learn right away. 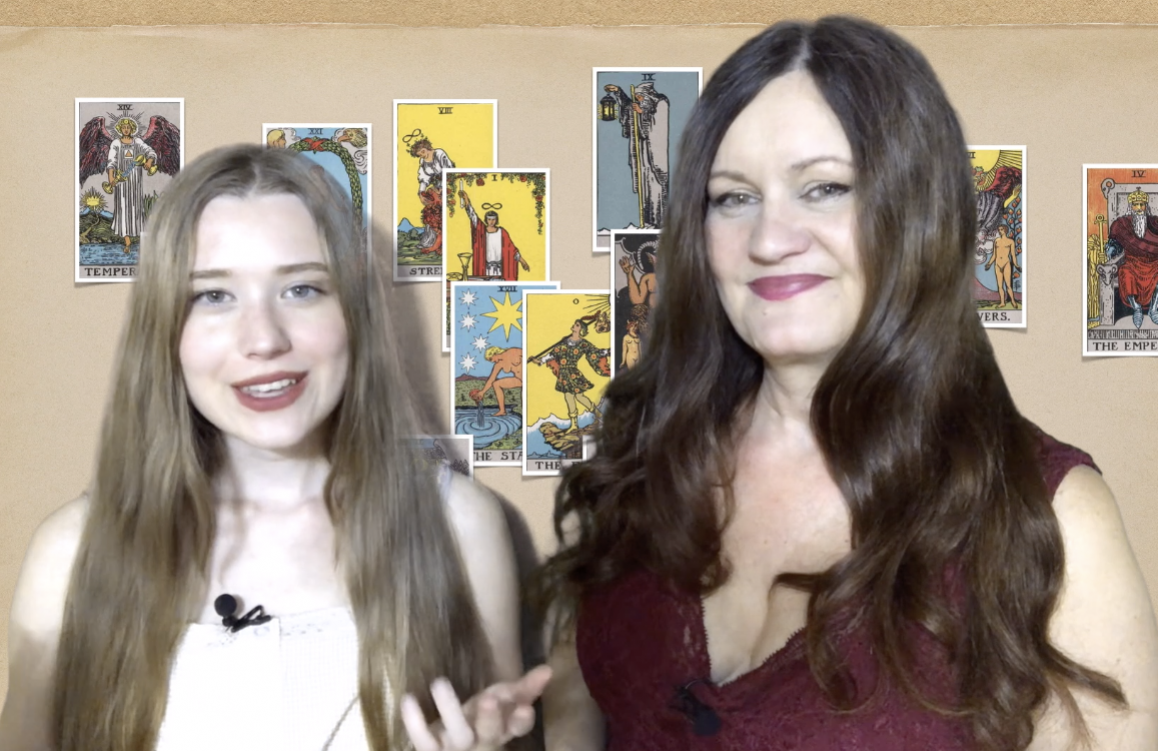 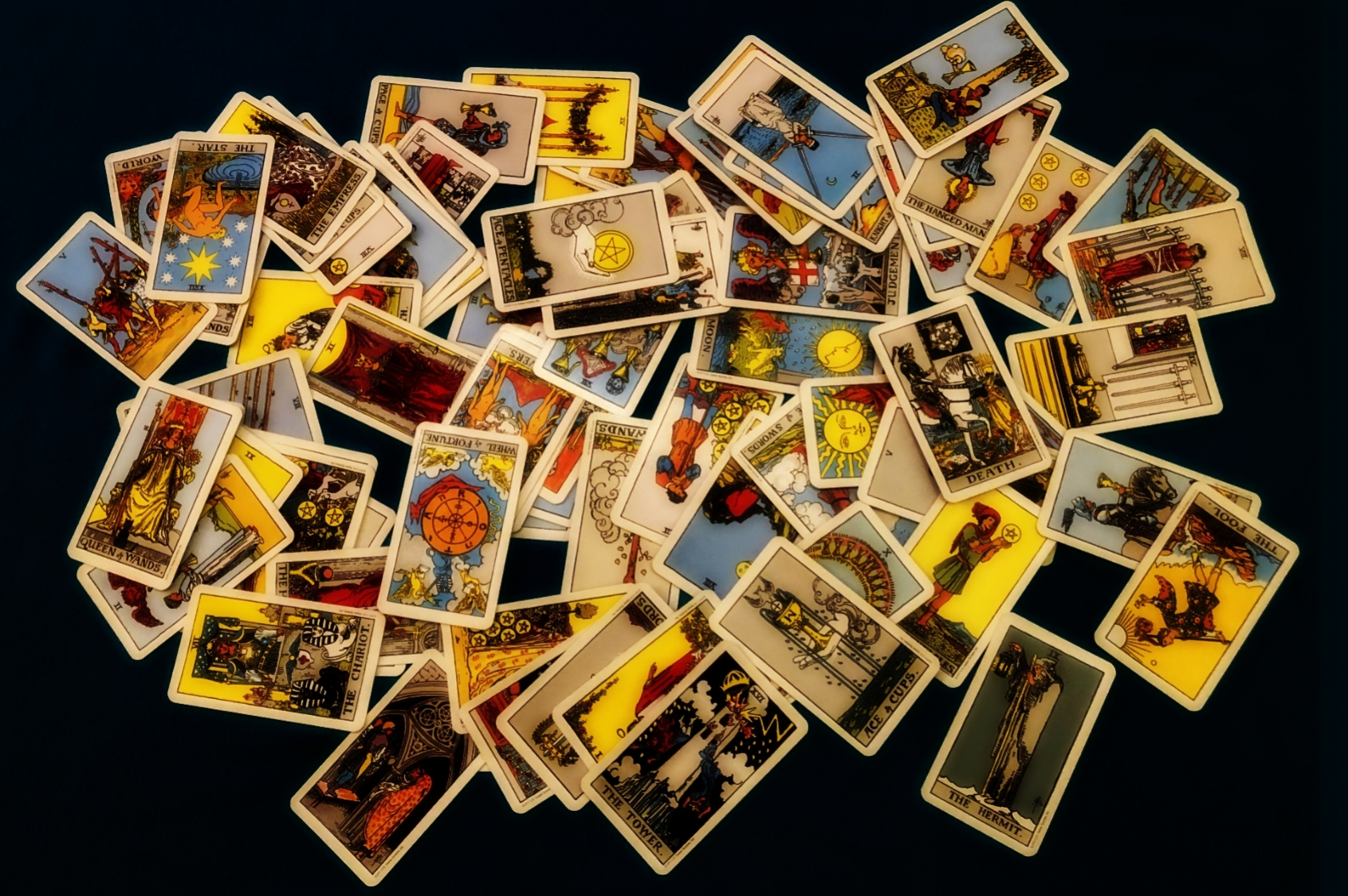 What do you need?

We suggest to use the Rider Waite Tarot Card deck for this course, because the pictures are clear, and the cool thing is, after knowing these cards, you will be able to read any other tarot deck that has the 78 cards.

For this course you need a journal and a pen to create your own magickal Tarot Book. 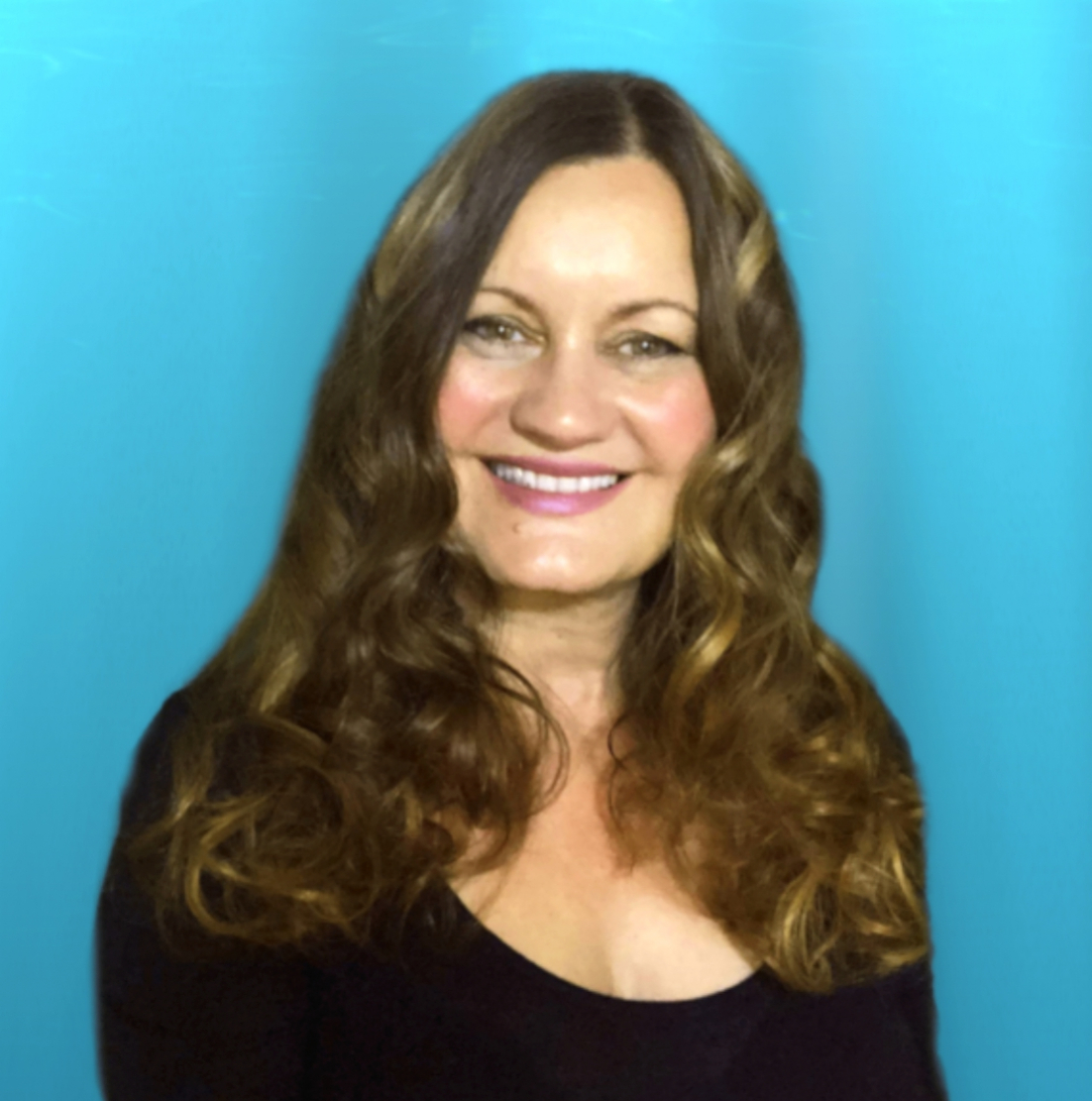 Hi, my name is Daniela, and I’ve studied and used Tarot Cards since I was a young woman.
I want to tell you how I became interested in Tarot cards.
I didn't know the word spirituality when I was young, because I lived in East Germany.
Everything that had to do with Mystics, or spiritual knowledge was not a theme you could easily get access to, or talk about.

But somehow I was always interested in mystical stuff, because of my great grandma.
She always told me about her experiences when she was sick. She went to a “Witch”, by full moon, secretly, in the dark.
I was always fascinated with her mysterious encounters, and stories.
I would always pay great attention to them.

Her secret world, entered my mind as she spoke about it, and I was hypnotized! I was just a kid.
But I was open to learning and experiencing things. And my great grandma was the only one who shared her stories with me.

Later on, I think I was a bit over 20, my friend said: “Hey, did you know that there’s a "Witch" that lives not far from your place? She does healing on people, and Fortune Telling with Cards.”
“What? Really?”
She lived in walking distance, in an older part of the city. So we went there together. We wanted to see what she was all about.

When we arrived, an older, not very friendly lady opened the gate, and let us in. She lived on a small property. It had a garden full of herbs, vegetables, and chickens, and an old, untidy house.

So she read cards for me and my friend. She told us to pay only what we could, but at least 20 Marks.
It really felt very secretive. We got the opportunity to talk a little bit.

She told us a story of how she traveled for many years with a circus. She healed people, and helped to heal people, and that the government didn't like her. She had to do it secretly.

It was very exciting! And at the same time it was sad. I felt like people should have the freedom to practise their spirituality anywhere.

I think that’s why I’m so excited and energized, that I can now teach people around the world online!
It symbolizes FREEDOM for me.

I can reach people everywhere, and introduce them to my “secret” world. Thinking back to the Tarot card “Witch”, she has influenced me more than I thought.

Later, after the Wall between East and West Germany came down, I set out to learn Tarot myself.
It took me a long time to learn and understand Tarot. It can be pretty confusing.
And when I started to teach Tarot in groups, I was happy when students had the A-HA moment.

Learning Tarot has lots to do with practicing. This is actually true with anything you learn. No practice, No results, that's how it works.


Now, Together with my daughter Lina, we'll guide you through The Art of Easy Tarot Card Reading. 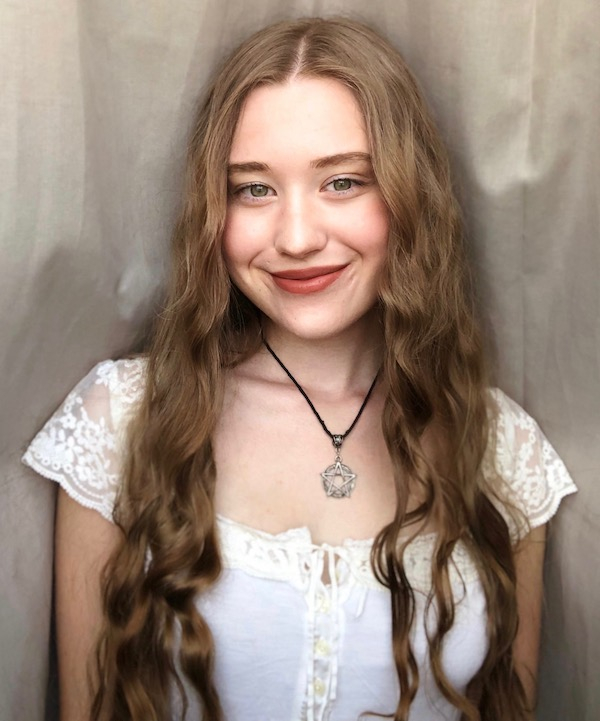 Hi, I’m Lina, and I got my first Tarot deck when I was 6 years old, back in Germany.
This deck was especially designed for kids, it had only the 22 major arcana.
I remember being fascinated by the pictures on the cards because they all told a story.
I’ve loved Tarot ever since then.
Later on I joined my mom when she taught a tarot class.
This made learning Tarot much easier, because I really began to understand the cards through her teaching style.
When I was in High school my friends knew that I could read Tarot cards and would ask me for readings, which was very fun for me!
Now I’m an online instructor for Reiki, Tarot and the magickal arts.
Im also a mother and hope to teach my daughter about Tarot when she gets older.

Check out the Course Curriculum

At the end of the course, you'll receive a Certificate

This course includes over 100 bite sized lessons, with over 45 Videos, Handouts, and Audios.

It’ll help you develop your Intuition.

In only 9 weeks you will be able to do readings for yourself, friends, clients, at home, at parties, or even for your business... 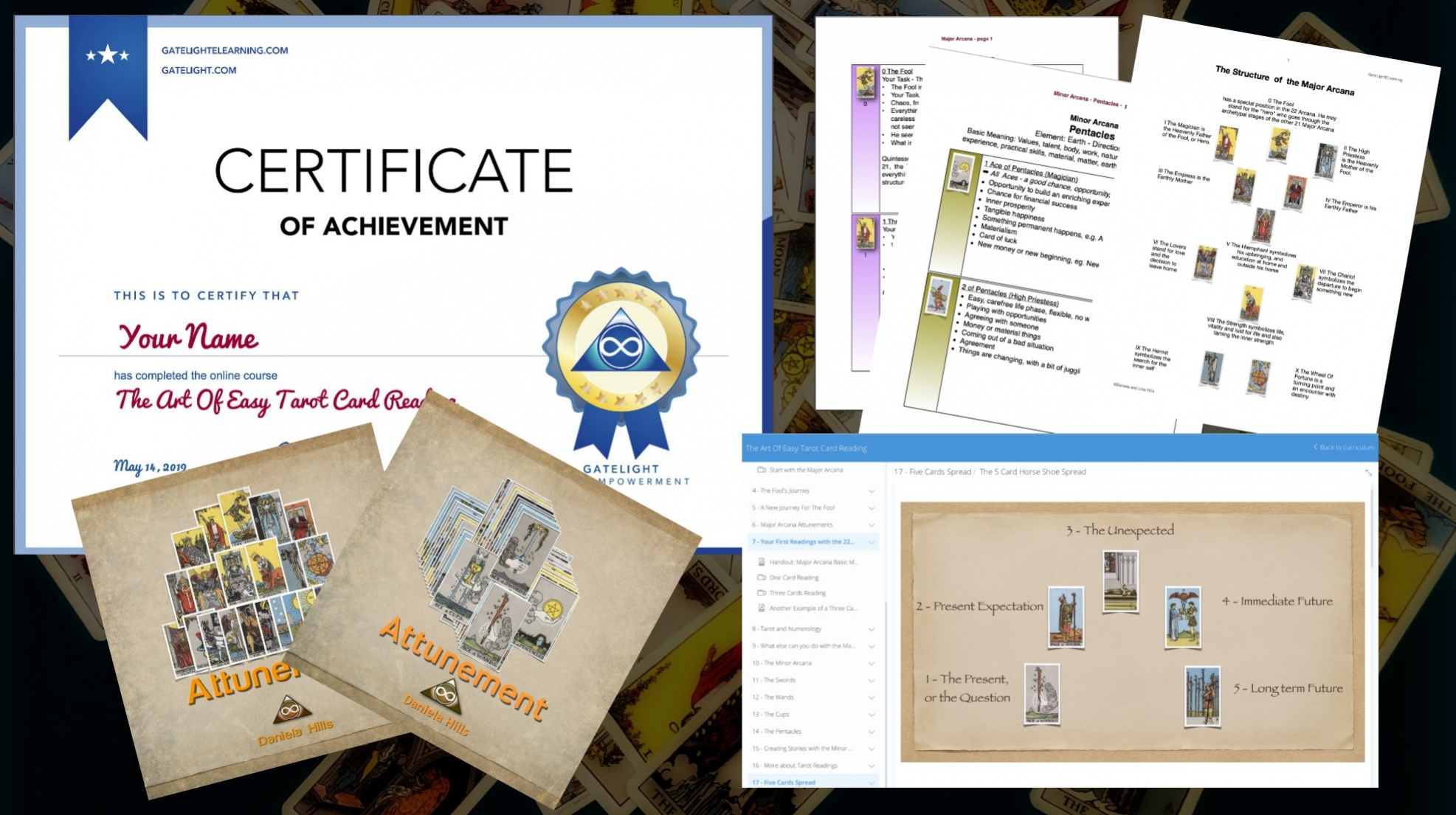 How to get it:

A lot to learn

I just started the course, an I already love it.

I have taken many tarot reading classes and this is by far my favourite! Follow the course outline of the fools journey & take the time to do the meditations and journaling to build a personal relationship with each card. This way, you learn to “feel” the story the cards are telling you - rather than just memorizing the meaning of each card. An excellent course that will have you reading the Tarot in no time! Thank you Daniela & Lina for such a great course!

I could already give very helpful readings for a friend.

Get The Art of Easy Tarot Card Reading Today! 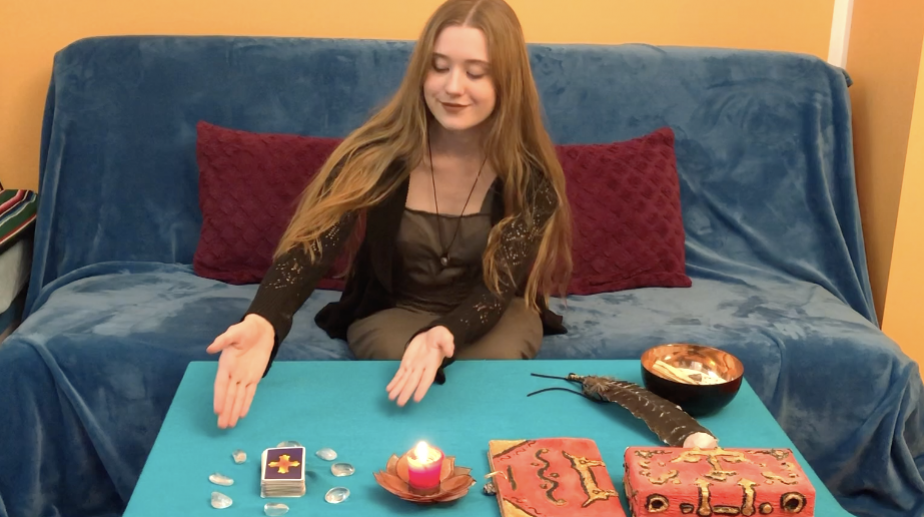 We’re going to take on all the risk, and give you our "Tarot Spirit Guarantee". If you’re not happy within viewing 30% of the course material, we’ll refund you the total amount you paid. And we’ll give you 30 days to decide. You get to discover wether this is the right course for you! Does that sound fair? You have nothing to lose! (For further details read our Refund Policy)

AND
We also guarantee that we won’t waste your time with a lot of useless lecturing. Through knowing the Tarot Cards, and how to read them, you will not just impress your friends or clients with readings, you'll also develop your intuition! And we think, you'll love our little German touch too!

LET'S RECAP THE HUGE VALUE THAT YOU'LL GET WITH THIS 9 Weeks COURSE!

You'll learn how to connect to the cards intuitively to receive unique information during a reading.

The course is designed in a simple way so that you'll understand the Tarot cards, without learning each card on its own.

A very practical course, based on videos, audios, text and handouts.

A great Way of Learning

We use storytelling, and a system built on numbers, like numerology, from 1 to 10, combined with simple hints, and tricks.

Lessons are bite sized, no padding, no endless history, and lectures. We go straight to the point, and you get to learn right away.

A great course that gets you started doing a tarot reading for yourself and others in only 9 weeks, instead of years!

Learning to read Tarot Cards is a little bit like learning a new language.

The Art of Easy Tarot Card Reading will get you started doing a Tarot reading in a very short time.

This course is for beginners, and everyone who already has some experience with these cards.

In this course we look at the cards from different angles.

We use storytelling, and a system built on numbers, like numerology, from 1 to 10, combined with simple hints, and tricks. See you in the course!

Show your progress in our Tarot Community!

Get The Art of Easy Tarot Card Reading Today!

The Art Of Easy Tarot Card Reading, Try it for FREE!